We have 50 guests and no members online

Day 1: Mombasa/Diani - Tsavo East National Park.
You will be picked up from your hotel early in the morning at 6:30 am, and drive to Tsavo East National Park through Bachuma gate. Start game drive immediately, until Lunch time. Proceed to the camp for lunch as well as check-in. After lunch you will have an afternoon game drive searching for the big 5.Tsavo East National Park is located 333 km from Nairobi and approximately 160 Km from Mombasa, it is one of the largest national parks in Kenya.
The park contains some fantastic terrain, including rivers, lakes, tarns, glaciers, and peaks with a wide variety of vegetation, including grasslands, acacia vegetation, open plains and savanna. It is therefore recognized as one of the world's leading bio-diversity strongholds. Some of the popular destinations within the park include the Mudanda Rock. You can view a variety of animals at this park, which includes; elephant, lion, leopard, crocodile, waterbuck, kudu, gerenuk, zebra and Aruba Hunter's hartebeest. You will also observe the large herds of red elephants- they glow red due to red dust of Tsavo. There are also about 500 species of birds, including the ostrich, and migratory birds like kestrels and buzzards. Dinner and overnight at Voi Wildlife lodge or Zomeni Lion hill Lodge , (Lunch & Dinner).
Day 2: Tsavo east National park – Voyager Ziwani
Early morning game drive before breakfast then, depart for Voyager Ziwani arriving for lunch as well as check in at the Camp. Relax until 16:00hrs, time to go for escorted game walks with the experienced naturalist until 18:00 Hours time for dinner. After dinner go for night game drives to view grazing hippos and nocturnal game. Overnight at Voyager Ziwani Camp, (Full Board).
Day 3: Voyager Ziwani – Tsavo west National Park
Early morning games drives and then depart after Breakfast for Tsavo West National Park. On arrival, start the morning game viewing en route to the lodge for lunch as well as check in. Relax until 16:00hrs, time to visit the Rhino Sanctuary have a chance to view Rhinos, elephants, buffalos, leopards, antelopes, impalas, monkeys and other kinds of animals. View the beautiful sceneries and mountains of Tsavo West. Dinner and overnight at Ngulia Safari lodge, (Lunch & Dinner).
Day 4:Tsavo West National Park – Amboseli National Park
After breakfast, depart for Amboseli National Park, passing through Mzima Springs spot Hippos, Crocodiles and Fish in the crystal clear waters and see the volcanic formations Shetani lava flow. Arrive in Amboseli National Park and make a game drive en route before checking in at the camp.  After lunch, relax until 16:00hrs, time for the afternoon game viewing that lasts until 18:00hrs with chance to view lions, elephants, buffalos, monkeys and other kinds of animals. Learn the Masai People culture by visiting them at their Village (The Manyattas) at Extra cost. Dinner and overnight at Sentrim Amboseli Camp or Kibo safari camp, (Full Board).
Day 5: Amboseli National Park – Nairobi Hotel/ Airport
Morning game drive before breakfast then last game drives before resting for lunch. Depart for Nairobi after lunch, arriving in the early evening, (Breakfast & Lunch).
Above Itinerary includes:
•    5 Days Tsavo East/west, voyager Ziwani camp and Amboseli safari.
•    Park Entrance Fees, Accommodation, Transport, game drives and Bottled water while on board of our safari van.
•    All Government taxes and levies.
•    Drive in a Safari Van with English speaking Tour driver guide. 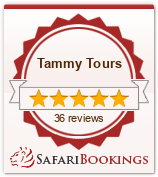